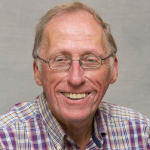 Peter Moss is Emeritus Professor of Early Childhood Provision at UCL Institute of Education, University College London. He has researched and written on many subjects including early childhood education and care, and the relationship between early childhood and compulsory education; the relationship between employment, care and gender; and democracy in education. Much of his work has been cross-national, and he has led a European Commission network on childcare and an international network on parental leave. From 2005 to 2016 he co-edited (with Gunilla Dahlberg) the book series ‘Contesting Early Childhood’, whose aim is to question “the current dominant discourses surrounding early childhood, and offer instead alternative narratives of an area that is now made up of a multitude of perspectives”.